As part of the Iffley Miles event organised by Oxford University Athletics Club, OxTrad students got the opportunity to run a mile at the track where Roger Bannister (Master of Pembroke College, 1985-1993) made sporting history and became the first man to run a mile in under 4 minutes. Many of our runners achieved personal bests and enjoyed being part of a large athletics event. END_OF_DOCUMENT_TOKEN_TO_BE_REPLACED

Yesterday morning, major classes walked through the cold air to Oxford’s Phoenix theatre – all to see the screening of the film class’ short films. After a short delay due to technical difficulties, the movie screen finally lit up with two 30-second movies, both entitled “The Box”, which were made during the students’ very first lesson.

What followed were the classes’ group films, all of which were exceptionally well-made considering the short time frames they were given. An impressive array of filmmaking techniques were used as well, the most notable ones being camera panning and colour correction.

The movies ranged in genre and topic, from tragedy to thriller to stories of hope. The cast actors added a lot to the stylistic features onscreen, adding emotion and character to the films.

After each screening, Oscar, the filmmaking teacher, called up the respective groups to talk a bit about their movies. They enlightened the audience to their working experiences, their favourite parts of filmmaking, and many other things.

Oscar had saved the best part or last, though, as he ended with a sneak peek of a music video featuring Rose McKinley to the audience’s cheers.

Students give some well-researched and entertaining presentations in their philosophy class about a range of topics, including leadership roles and selfishness.

It was a wonderful end to the Speech and Debate Class when students gathered in the Oxford Union to display their verbal talents in front of their peers. Eight students debated the motion, This House Would Give Dictators Immunity in Exchange for Leaving Power. Judged by a panel of competitive debaters from Oxford University, the debate was won by the closing opposition team. The prize for best speaker in the debate was also awarded to one of the members of this team. All speakers demonstrated an impressive level of relevant knowledge as well as strong analytical skills, and all spoke fluently and confidently. The occasion was also a showcase for several public speakers. Students spoke for three minutes on a range of topics that included politics, the relationship between fear and life, and freedom of speech. All speakers did themselves proud and looked sophisticated and at ease in one of the world’s most prestigious debating chambers. 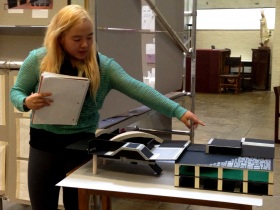 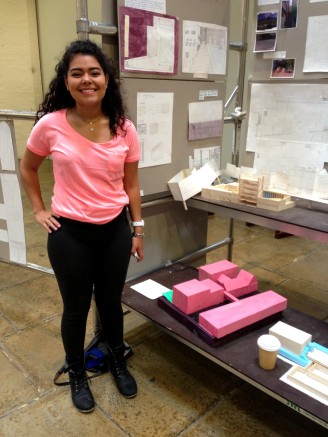 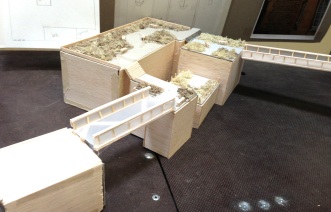 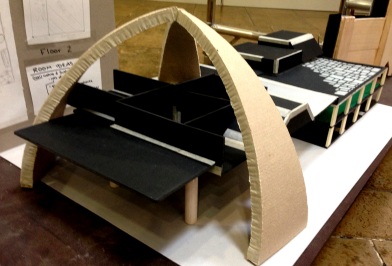 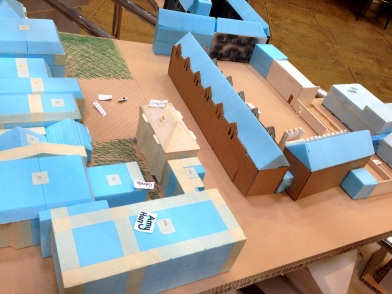 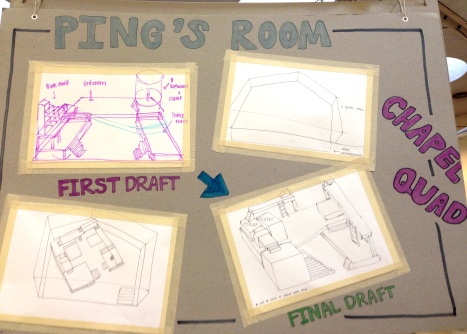 Architecture students wowed their judging panel with their imagination and newfound technical vocabulary as they presented their final projects today. Drawing from their preparatory classwork and sketches, the students tackled the infrastructure of our very own Pembroke College, reimagining existing buildings, uncovering old and hidden features (fountains, wells, and secret wine cellars), and creating their bespoke three-dimensional models of college areas.

Despite the saying “if it’s not Baroque – don’t fix it!”, found in that famous store of architectural knowledge, the Disney film “Beauty and the Beast”, our Architecture students impressed us all with their vivid reimaginings of our Oxford surroundings.

One of the many amazing classes offered at Oxford Tradition is the drama major class, a class that allows young actors to delve into the works of Shakespeare and discover themselves along the way. Along with the everyday classwork, the students in the drama major put on a Shakespeare production on the second to last night of the program to showcase all the hard work they have done. This year, we are doing the monster of Shakespeare’s depressing and morbid plays, King Lear. I am lucky enough to be involved in such a wonderful class, and throughout my time this summer, I have grown a lot as an actor and as a person. Robert Soulsby-Smith, the drama teacher and director of this year’s play, teaches us that there is no such thing as a “character” and that the role we are playing is found within ourselves. Though this idea is originally attributed to David Mamet, Rob puts his own spin on this idea by having us do different exercises every day to further develop this acting philosophy.

One exercise that we had to do recently I would call the “stalking exercise.” Rob instructed us to follow (although it was more like stalking) and thoroughly study an unknown member of the public for an elongated period of time, and the next day come into class as that person. Rob would then interview us as this person, for we were expected to move and talk as fluently as we normally would. To do this, we were given creative liberty for the things we didn’t know about the person. The object of the exercise was to completely become a different person and live normal life as they would.

My name was Jared Penhollow, and I was an overly tired writer from Tufts University who had come to Oxford for my mother’s third wedding. I woke up as Jared, brushed my teeth as Jared, went to breakfast as Jared, and before I knew it, I simply was Jared. Hannah Fodale existed no more, as I dug deeper and deeper into the world of Jared. At first it was difficult to ignore everyone I had met, but fortunately everyone I interacted with played along. As I walked into drama class, I saw one of the most interesting sights of my entire life (well Jared’s entire life to be technical). Every person I had gotten to know for the past couple of weeks was gone, and instead strangers took their place. Most people used clothes and makeup to get into the exercise, like I did. Some people even took on different accents, and my good friend surprisingly shaved his head. Jared met thirteen people with unique stories and life experiences to share. When it was Jared’s turn to sit in the chair, I wasn’t nervous at all. Everything easily flowed out of my mouth because I had gone so deeply into my role. After everyone had gone, Rob called us back to our own bodies. The transition was sudden and it was difficult to let Jared Penhollow go, but as Rob reminds us: these creations are never gone. Every “character” my friends and I have created in the drama room will forever be with us.

As my time here comes to a close, I am thankful to have been part of such a loving and open drama class with the kindest group of people I have met in a long time. This class has taught me more about who I am as a person, and I was able to do it by becoming others. I am extremely excited for the performance of King Lear and hope everyone is as well.

Oxtrad’s talent show was chock full of talent in all shapes and sizes.  We had ukelele acts, improvisation, comedy, rapping, singing, cello and clarinet playing (to name a few) from both staff and students.  One of the highlights came from the Oxtrad A Capella group featured in the above video.  Enjoy!

Oxtrad takes advantage of the heatwave to go watch productions of Austen’s ‘Pride and Prejudice’ in the Trinity College gardens and Shakespeare’s ‘Taming of the Shrew’ in the Bodleian Library main quad. 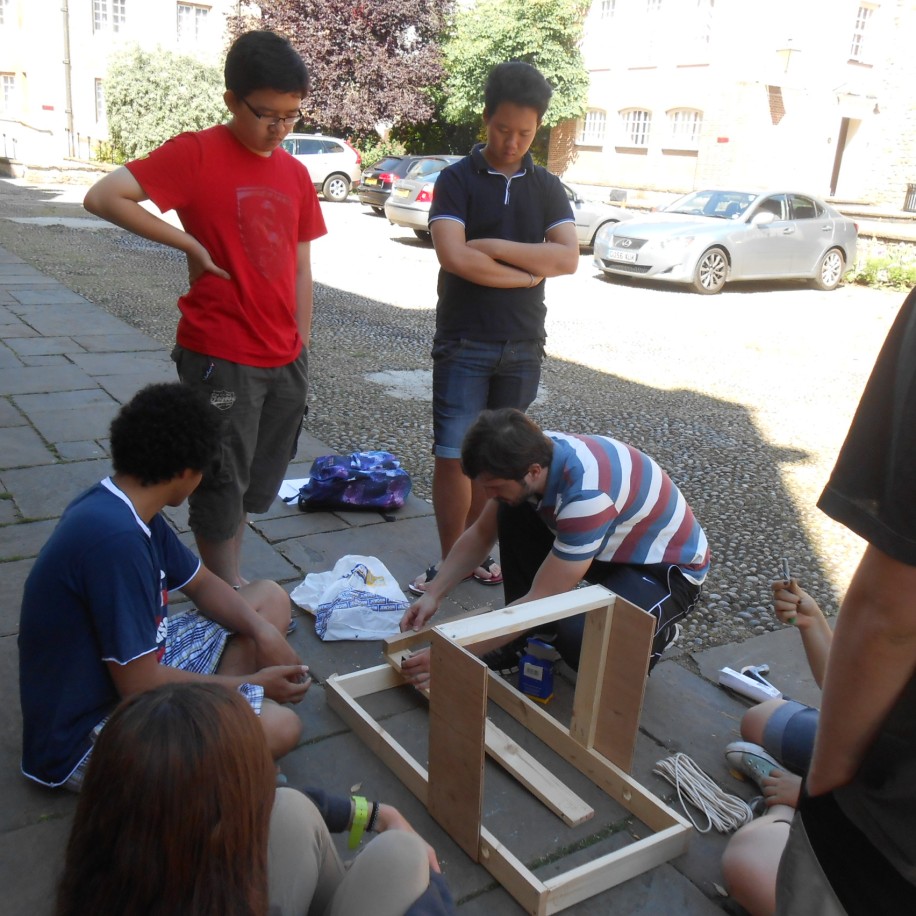 Maths and Engineering students put the finishing touches to their catapult project.

Team 4 perform their winning video with their own take on ‘Thrift Shop’ raising awareness of breast cancer.