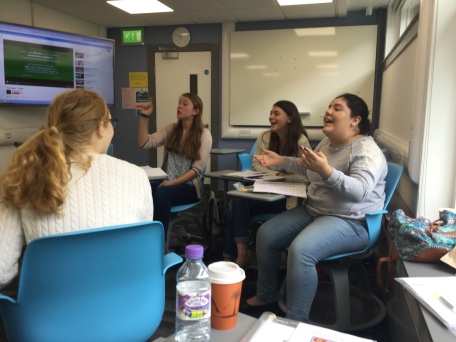 In preparation for the Edinburgh trip this afternoon and the play Hare we’re seeing this evening, British History teacher Rafael planned a lesson that examined primary source documents surrounding the murders. William Burke and William Hare were two Irish immigrants who murdered 17 victims in Edinburgh over the years 1827 and 1829. What became known as the ‘West Port Murders’ made them the most famous body snatchers Scotland has ever seen. In class, students learned about the medical history and forensic information available at the time of the murders. They also played a game in which they had to figure out the illness based on the forensic documents. What a wonderful and engaging lesson!